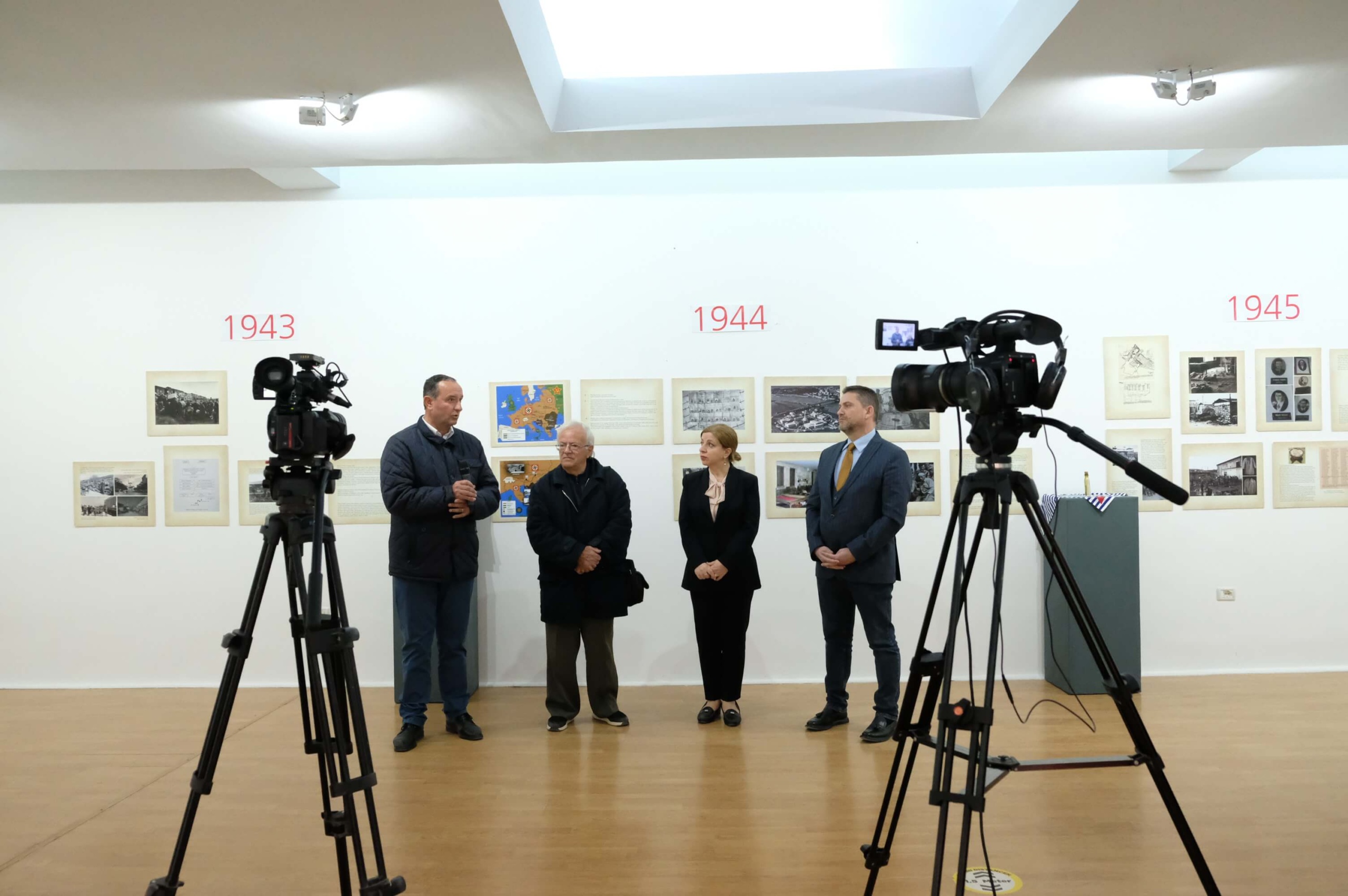 On March 28, the exhibition and project “The Fates of the Albanian Survivors in Mauthausen” was displayed in Vlora. After Tirana, the exhibition moved to the city of Vlora, the city where there were many Albanians were arrested by the Nazis in 43-44. The opening ceremony of the exhibition was attended by the director of DMO Albania, Mrs. Eva Kushova, the professor and historian Mr. Mariglen Kasmi, who will develop curriculum texts for the pupils and the director of the Independence Museum in Vlora.

On her welcoming speech Mrs. Kushova invited all the citizens of Vlora to visit this exhibition as well as school students to learn about this dark side of the fate of the Albanians who were interned in the Mauthausen Camp in Austria. While the professor and historian, Mr. Kasmi said that it is important that this part of history is not forgotten but to be included in school’s curricula and for this he will take care to prepare study materials. The exhibition will remain open until April 3, to be moved to Durrës.

This exhibition is part of a two-year project, an idea of ​​the organization DMO ALBANIA (Destination Management Organization, based in Tirana) in collaboration with the National Historical Museum, funded by EVZ Stiftung Foundation (Foundation “Remembrance, Responsibility and Future” based in Berlin.)

Why in Mauthausen? Because the largest contingent of Albanians arrested by Nazi Germany was interned there. Initially, the staff visited Mauthausen, Austria, to get a closer look at the camp, to visit the existing barracks, the place where Albanians also suffered for 19 months.

We will document this part of the story in the school curricula, to be taught in the school benches. There will then be a forum with historians and academics to further explore this topic. Part of this project is also organizing a forum with historians and academics. Pupils will be invited to create poetry, prose or graphics based on their impressions from this dark period of Albanians in Nazi concentration camps. 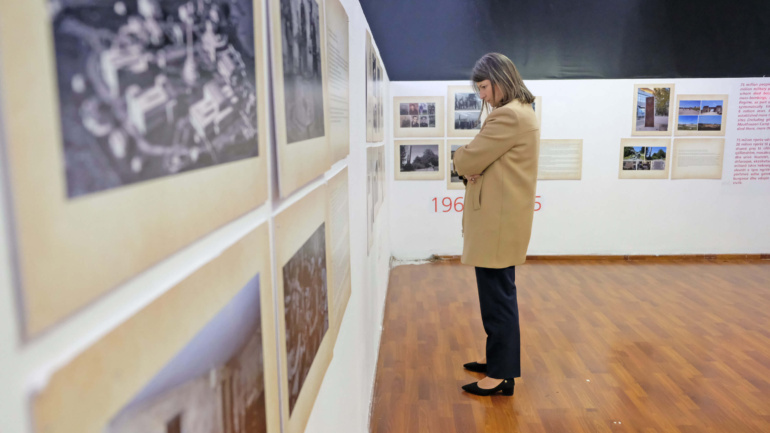 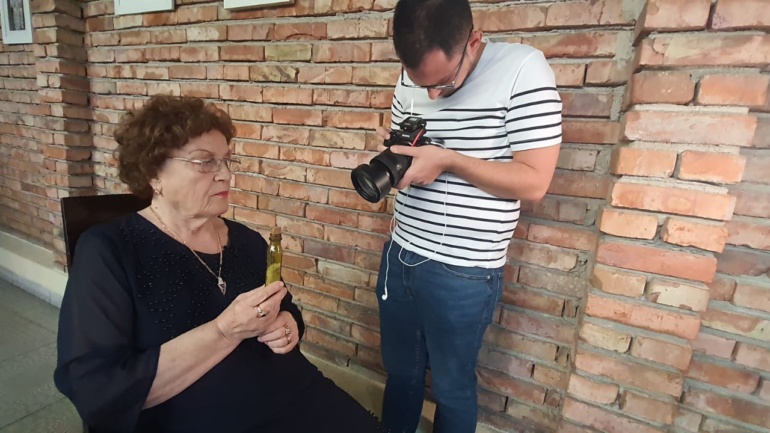